Dave Moulton wrote today about the evolution of mountain biking. He asked for his readers’ “take on the period” — here’s mine:

I grew up in rural Nebraska in the 1970s when banana seats gave way to BMX. My favorite thing wasn’t jumping ditches though so much as taking long rambles up dirt roads, I’d be gone for hours. In retrospect I was probably never more than 2 or 3 miles away from the house but it felt much farther. I had a fear of county roads and blacktop traffic, so I stuck to dirt roads: section road, irrigation access, that kind of thing.

We moved to the “big city” Lincoln in the early 80s and I bought my first grownup bike, a late 70s vintage 10-spd “racing” bike. I think it was a Sekai. I rode this and a Schwinn Varsity until high school. My new favorite bike thing was to ride those 10-spds all day, either around town into new neighborhoods, or to outlying towns. At age 13 I rode my Varsity 52 miles (round trip) on a surprise visit to a girl in a neighboring town. I taped cans of Coke to the frame for sustenance, and ate a slice of pizza before the ride home. The girl was out of town, that taught me to always call ahead.

For about 5 years I barely rode at all. It was too “uncool” to be seen on a bike at my gearhead high school, or so I felt anyway. I kept that unhealthy obsession with cars until college when I got my first MTB, a Giant Rincon (1992).

The Rincon reawakened the joy of being gone all day on a bike. This time it was back to dirt roads, and wasteland like timber claims or Wilderness Park (an undeveloped city park southwest of Lincoln). I also lived exactly the right distance from campus for steady bike commuting: too near to drive, too far to walk. After college I took the Rincon — and its successor: a Yokota mountainbike — with me on my archaeological adventures across the Great Plains. I never had the Xtreme Mad Huck personality ascendent in 90s MTB culture, I never railed on sketchy descents or caught big air. My ideal ride was a long distance on two-track in the hinterland. Exploring. Cow-trailing. Unsuspended steel MTBs excel at that. 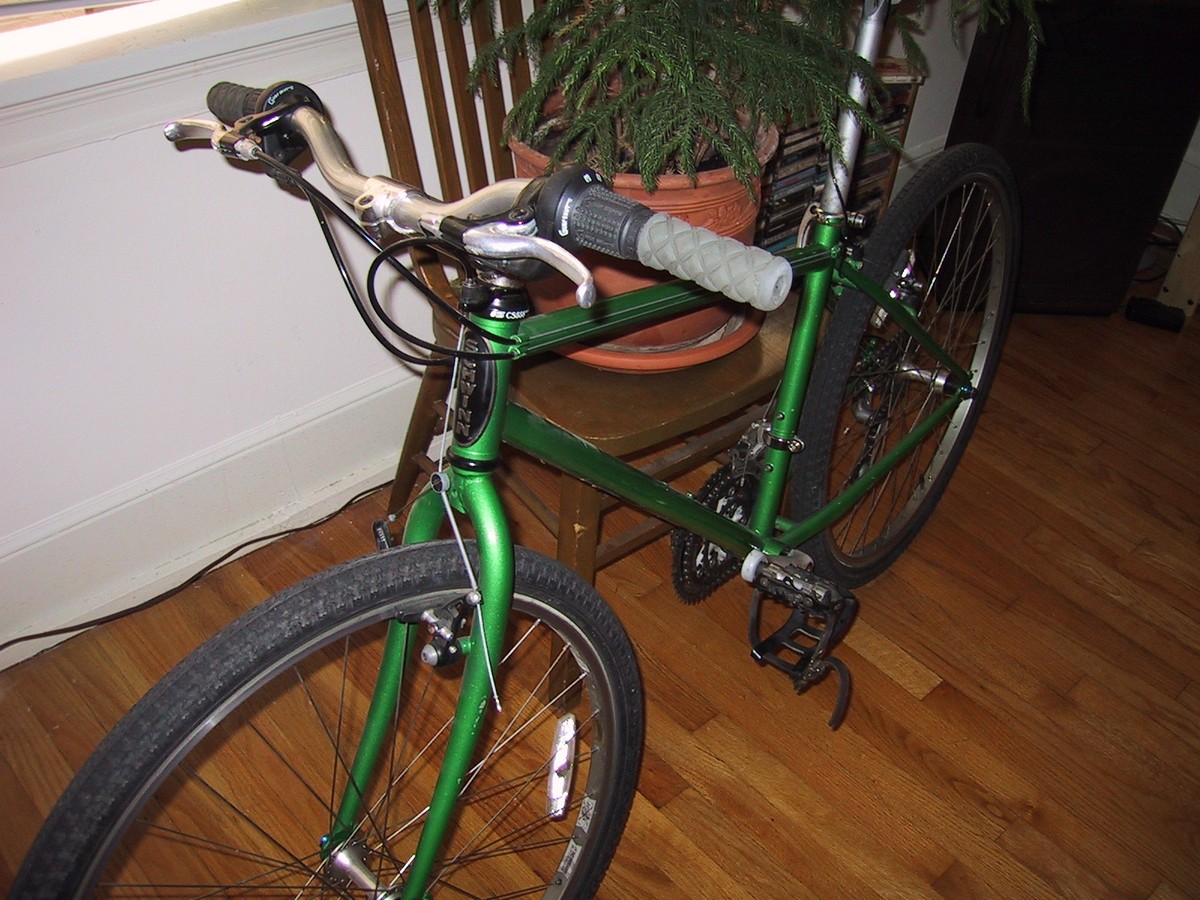 I took the Yokota with me to grad school — I had long since given up cars entirely — where it was my primary mode of transport. Ironically, once I moved to Oregon — where we have actual mountains — I pretty stopped mountain biking. This was the mid-90s and MTB culture was no longer under the radar, and in Oregon at any rate you couldn’t just go ride a bike on all that sweet singletrack. Either it was closed to bikes, or it was developed into a kind of skills park for Mad Hucking. Mostly, to ride a MTB bike in Oregon it helps to have a car; you have to drive to a “trailhead” where you spin around for an hour or so then drive home. It has always struck me as absurd to drive somewhere to Have Fun by biking (or hiking, or skiing) around in little circles. Other than riding a bike to work, I never spent much time on a bike between 1995 and 2001. 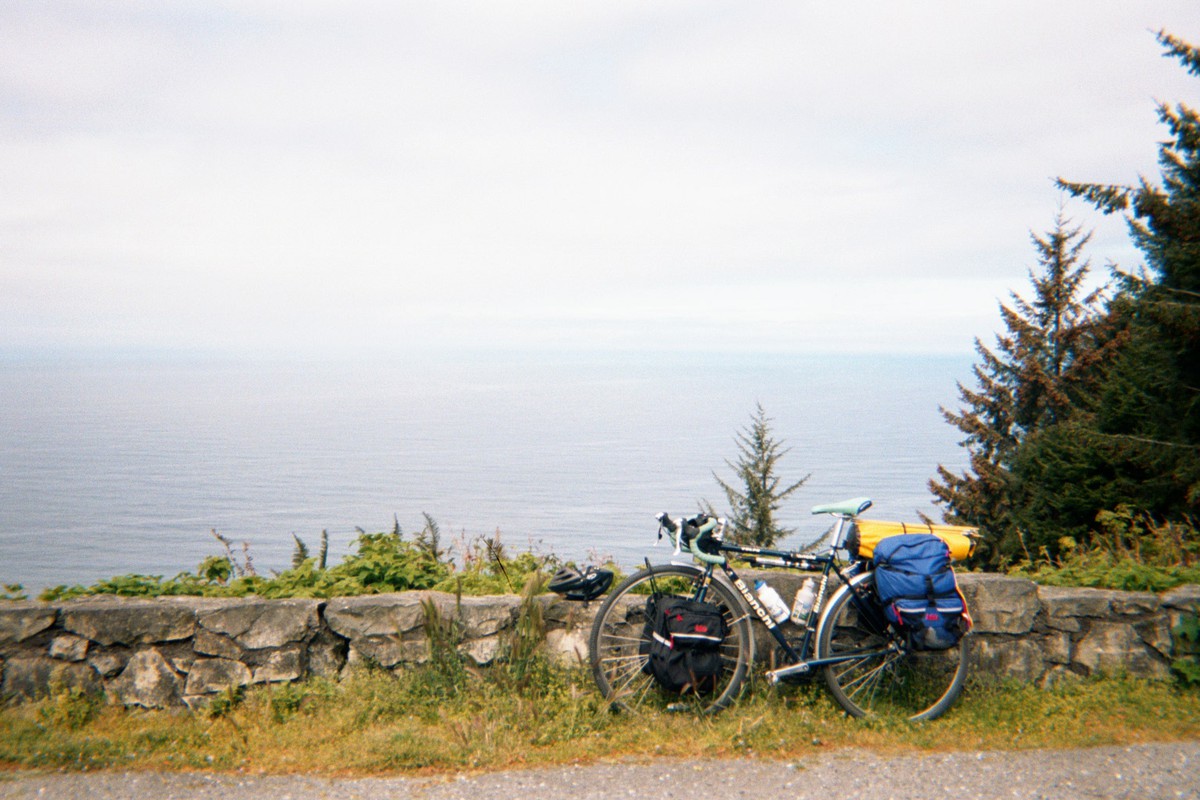 Not quite a decade ago I bought another road bike — actually kind of a cross/touring bike, a Bianchi Volpe. That set me on my last — and most durable — love affair with bikes. With a road bike (or better, a ’cross bike), as soon as you step out the front door you’re Having Fun. That bike kept me sane through my divorce, when my all-day-bike-riding habits became a little obsessive. The peak of that period was my solo tour down the Oregon Coast.

This was how I met Jenny: she saw me carrying my bike into our apartment building (we were neighbors), and she asked “do you know any good rides around here?” I didn’t ask her out right that second but I eventually did, and the story had a happy ending. Much of our early courtship — and most of our vacations, even today — are had on bike. Sometimes on that Bianchi, or on one of its roadie successors. 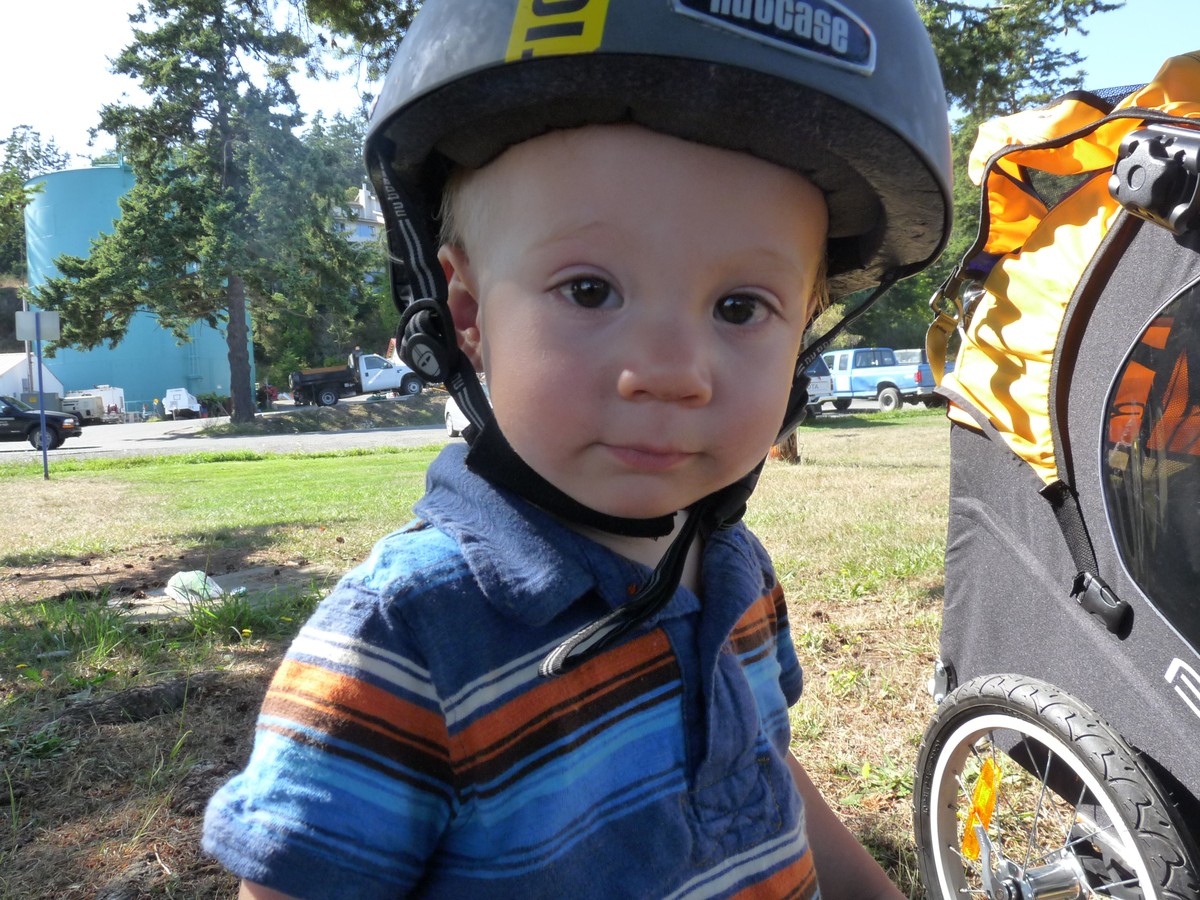 Last spring I won a fancy new Kona mountain bike. I never would have bought this bike myself, and I’m kind of at a loss for what to do with it. Mostly it’s seen semi-legal singletrack in the weirdly-zoned terrain of SW Portland. I guess you still have to drive a car somewhere to have fun on a mountain bike, and I still think that’s stupid. 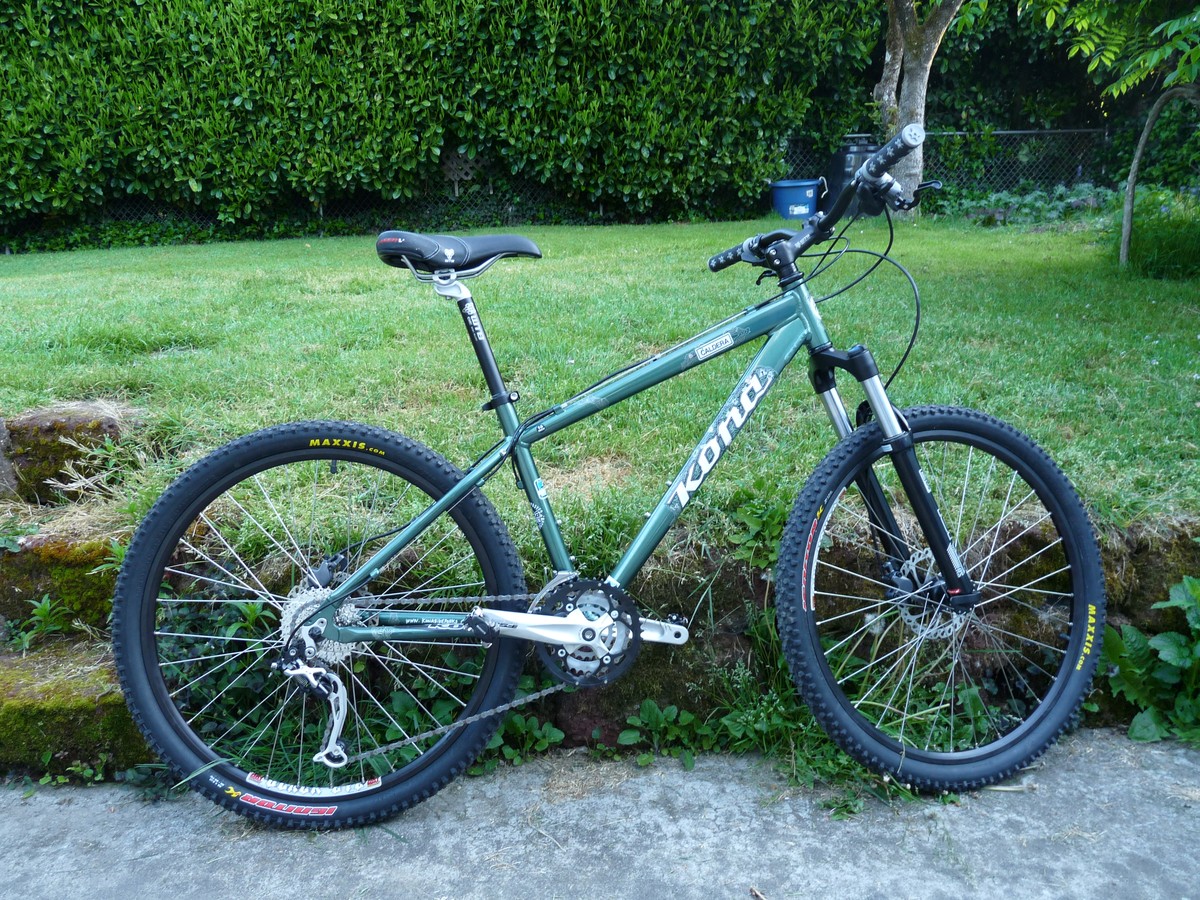 On Saturday, I rode my Vanilla road bike 90 miles — all on blacktop — into the beautiful rural hinterlands around Portland. I don’t get to do this as often as I used to but it’s still my favorite bike thing to do.

Ten years ago today I started doing this regular thing where I ride my bike over a particular hill. I had just turned 40. We...