I am pretty well familiar with Council Crest Park, at 1070 ft. above sea level widely reputed to be the highest point in Portland.

A lot of Skyline Blvd. is above 1100 ft. My own research led to me to believe that the actual highest points, at least 1140 ft., were either in the Skyline Memorial Garden Cemetery (pictured at the top of this post), or just north across the road at a water tower off Wind Ridge Road: 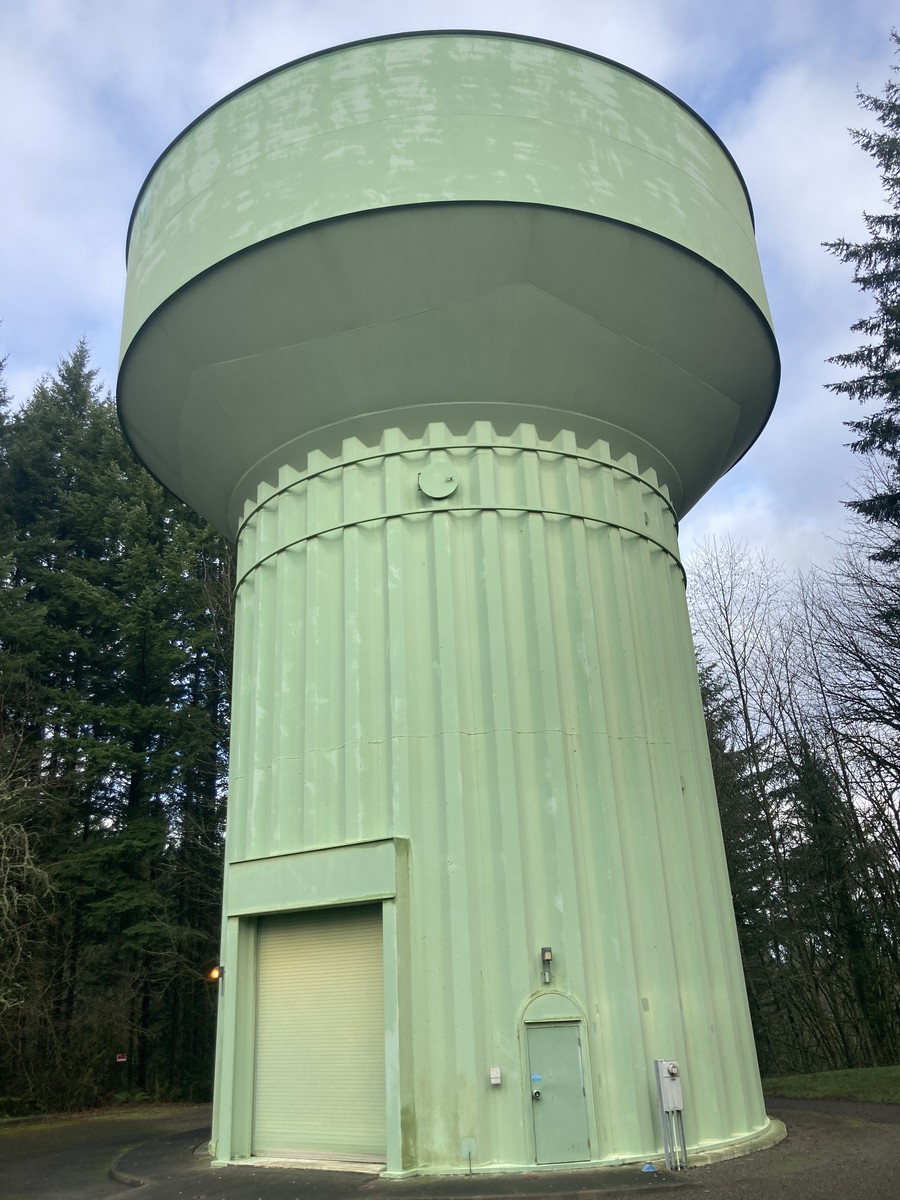 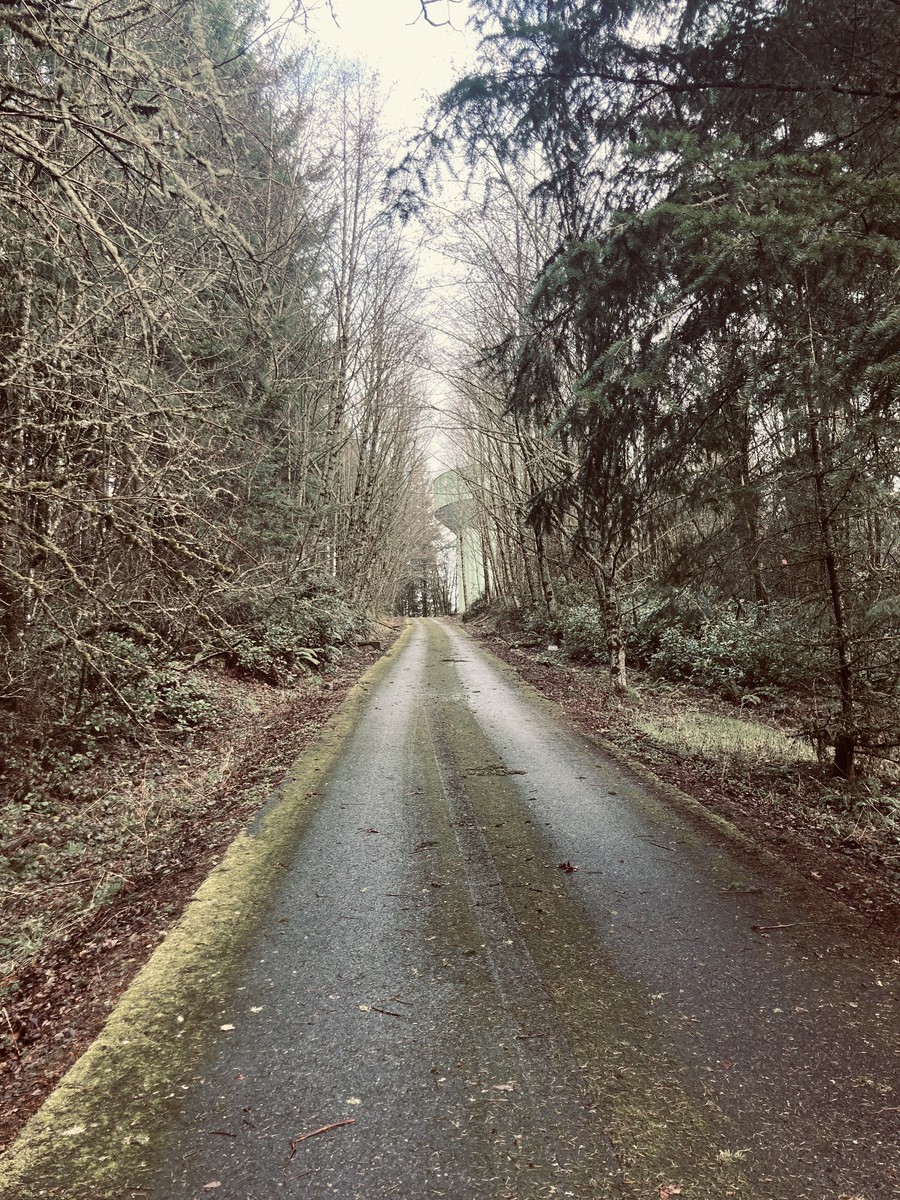 Today I decided to ride to those spots, and for good measure took a few detours onto dead ends that were uphill from Skyline. When I got home & checked Strava I got a fun surprise: 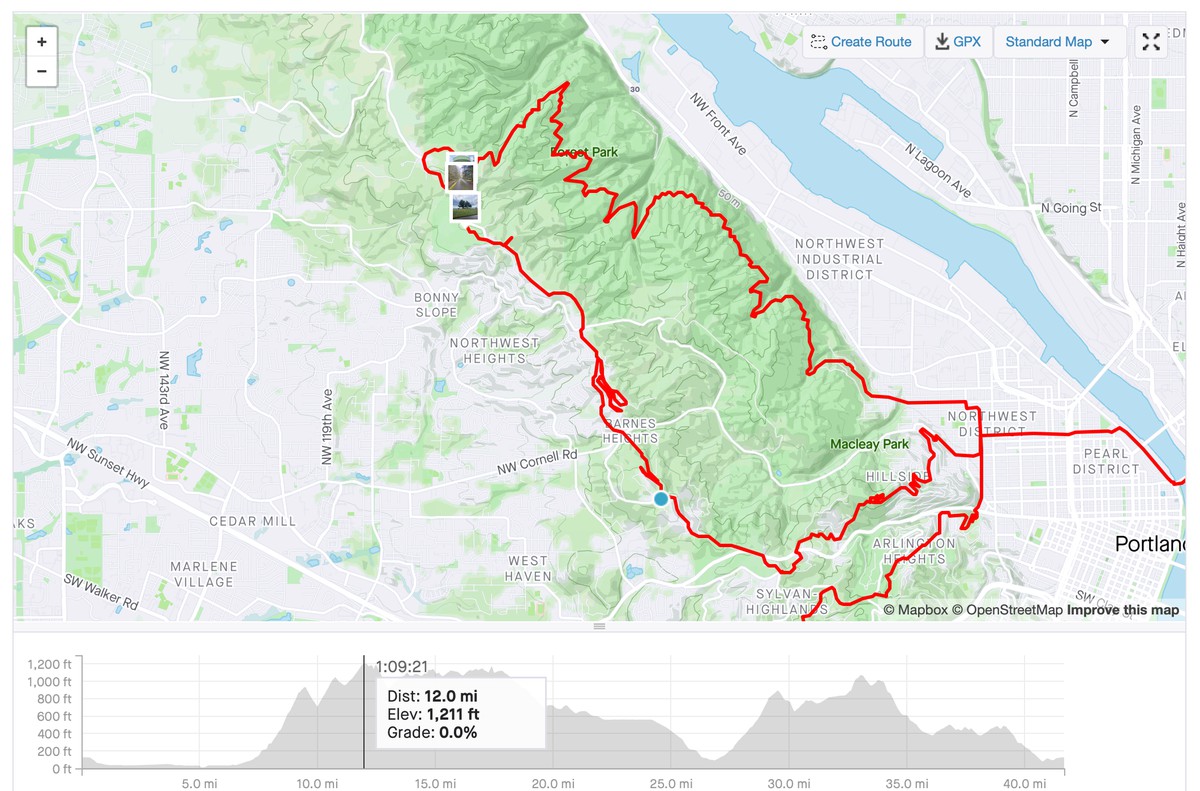 If Strava is to be believed, the area around the south end of Greenleaf Road is all above 1200 ft., specifically near this water tank: 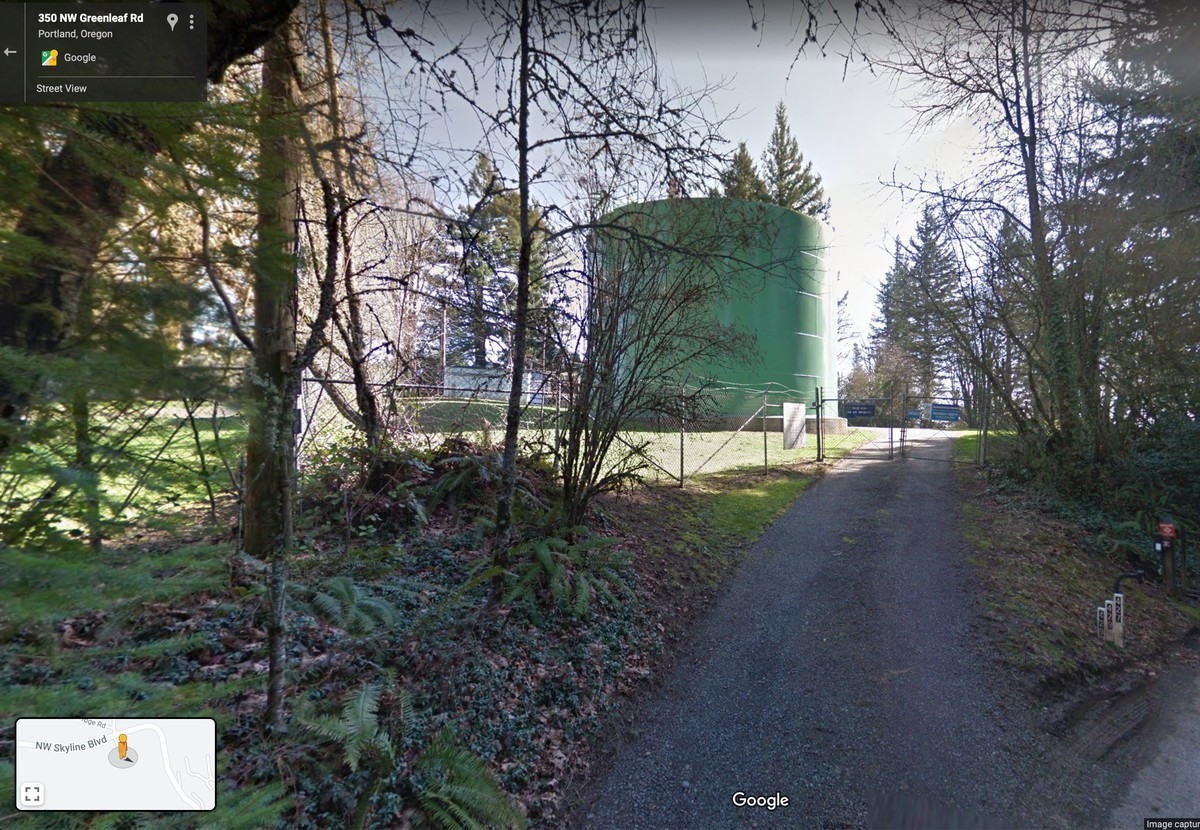 This is just south of the intersection with Skyline Blvd., and it might be at least 1211 ft. above sea level. There is a house next to it that could be even higher, but that’s clearly private property. I had no idea at the time that I was above 1200 ft. or I’d have taken my own photo. Instead we’ll have to rely on Google Maps.

Well crud, how did I miss this? I rode right by a hilltop that reaches at least 1280' 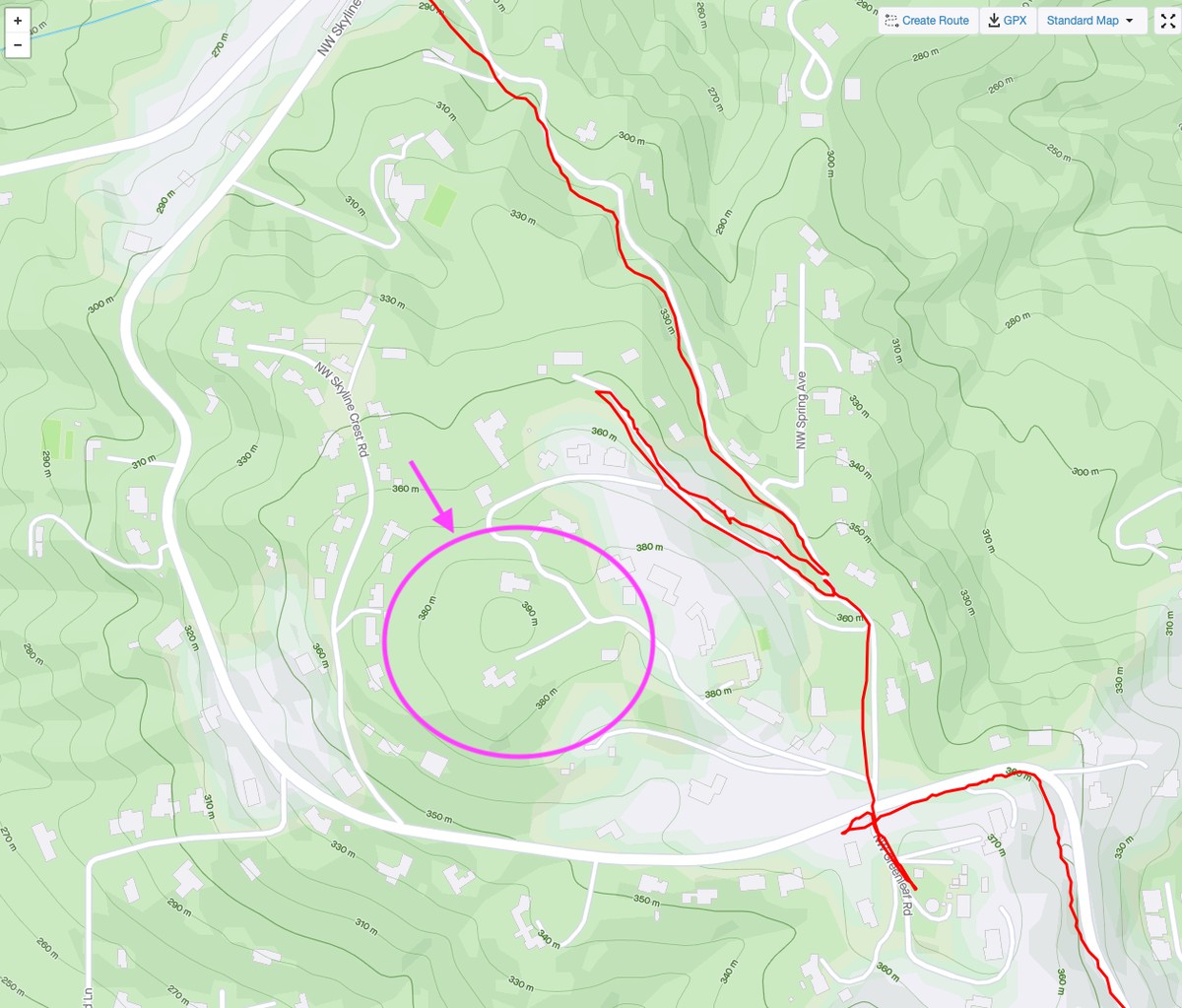 …although this hilltop (Cornell Mountain, apparently) and perhaps the end of Greenleaf road (above) are not strictly speaking within the Portland city limits?

Can You See Mt. Hood from Council Crest?

In my idiotic endeavor to climb 100,000 cumulative vertical feet before April 30, I will be summiting Council Crest park twice daily. Every time I...

At least I accomplished *something* this year