Three things today that I have to get on paper. Er, electrons. For later.

A healthy product company is, confusingly, one at odds with itself. There is a healthy part which is attempting to normalize and to create predictability, and there needs to be another part that is tasked with building something new that is going to disrupt and eventually destroy that normality.

Rands in Repose: “Hacking is Important,” 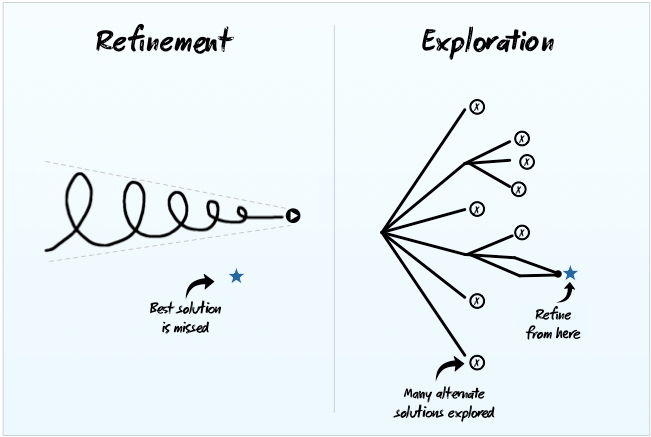 In 1934, a swim coach at the University of Iowa speculated that breaststroke swimmers could gain a significant time advantage by bringing their arms and shoulders out of the water during recovery (i.e. when the arms are moving forward). This innovative new stroke shaved up to 30% off a swimmer's time, and by the 1952 Olympics, virtually every breast stroker used the new modified style. The rules body that governs swimming declared the variation an entirely new stroke, and thus was born the butterfly stroke.

Me, six years ago this week