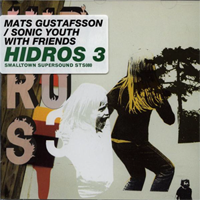 One of the weird and awesome side effects of the imminent Digitalization of All Things is the ease with which I can become an obsessive completist. Between iTunes, Amazon MP3, and the public library, I’ve all-but-completely filled my inner obsessive music dork’s Sonic Youth Whitelist. The bootlegs are just out of reach, but it’s much much easier to find a official Sonic Youth bootlegs on the Internet in 2008 than it was at, say, Trade-A-Tape in Lincoln Nebraska in 1988. In 1988, owning a (vinyl!) copy of, say, Master-Dik put you onto the top shelf of music nerddom. (I would venture to guess that you could count on one hand the number of people in Lincoln, Nebraska who owned copy of Master-Dik in 1988.)

Time was, indulging a taste in a modestly esoteric thing — shrieking and unlistenable guitar noise with free verse, for example — required a lot of time, money, and legwork. Not only to acquire those indulgences but even to know that they existed. People shout up the Internet’s ability to lubricate acquisition but I think the Internet truly shines at the knowledge-gathering part.

Hell, I’ve been a Sonic Youth fan since Bad Moon Rising and I didn’t even know about TV Shit until 30 seconds ago.