Because every designer is apparently required to have an opinion about the (now scrapped) new Gap logo, I feel compared to clarify:

This design monstrosity is nothing like the scrapped new Tropicana logo, or the despised new Pepsi brand. 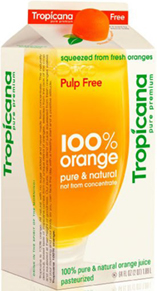 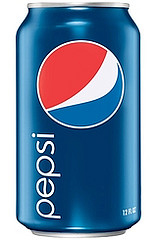 Those two designs may have been grotesque misfires and branding nightmares. But they displayed a lot of planning, thought, effort, and aesthetic sensibility. All of which may have been wrongly applied, sure, but a lot of grownup work anyway. When I first saw those designs, I may have thought “whoa, those are terrible logos and lousy branding.” But I never thought “that looks like a really lazy joke.”

Which is what I thought when I first saw the new (now scrapped) Gap logo. I thought it was a joke.And not a joke that anyone put a lot of effort into. It seems almost calculated in its laziness: it wasn’t undesigned enough to look like an anti-logo (think American Apparel) — because of the cheezy blue box. But the blue box wasn’t cheezy enough to suggest someone had put a lot of thought or effort into (at least) using a crafty Illustrator transform or something (e.g. the new Burger King logo). It was a goddamn gradient. Not even a tricky gradient, like with extra stops or a mesh. (Not that those things would have made it “better,” necessarily, but they would have at least signalled someone worked on it for more than ten minutes). Lazy lazy lazy.

Those other efforts — Tropicana, Pepsi, Jack in the Box, whatever — for all their failures had the virtue of looking like something professional grownups conceived and executed in good faith.