I closed the Strava Classic Challenge with a total cumulative elevation gain of 108,423' between March 15 and April 30 — about 3000' past the goal. I did not, in fact, regret it. I’m not a goal-achieving kind of person so I feel pretty awesome. 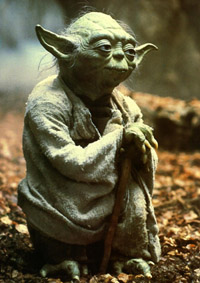 Along the way I rode the RondePDX about two and a half times, and started another stupid habit that I intend to maintain. I might have lost weight, my jeans feel baggier. But I don’t have a scale so really, who knows. I certainly reset my notion of how much climbing a person can do. (A lot.)

As with riding a bike down the Oregon Coast: this is not particularly difficult, physically. Any healthy person could do this, “training” as you go. Don’t buy upgrades, ride up grades.

Yesterday on the way home, I let myself not summit Council Crest. I rode home in my street clothes, up Terwilliger, stopping at the library and Fred Meyer on the way. Like a regular person. This has been my usual route for about eight years now. Rain was falling on the river and east Portland, with rain-scrubbed blue sky overhead and to the west. The air smelled like Rain Forest.

Dropping from Homestead Ridge into Marquam Creek Canyon, an enormous double rainbow appeared in the veil of rain falling over the river to my left. And circling just over the canyon, roughly at my eye level: two bald eagles circling back to Ross Island. This was a thing I actually saw on my commute yesterday: bald eagles flying into rainbows.

Riding a bike up a hill is like eating spicy food, an acquired taste and one that aficionados take seriously

At least I accomplished *something* this year