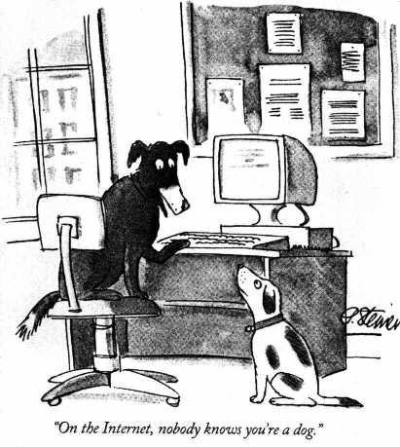 I found a copy of the Scottsbluff directory from the mid-1970s, when my family lived there. On first glance it looked a little like a phone book: lists of businesses and individuals, their addresses and phone numbers. But to simply pick it up you knew it was’t a phone book. It was heavy: printed on thick 20-poundish stock, hardbound. There were very few ads, no yellow pages. A town directory didn’t just give you contact details, it gave you personal details. The listing for Souders, Vernon gave my father’s profession, employer, his wife’s name including maiden name, and children’s names. I think it might have had ages in it as well, and fraternal associations like VFW, Elks or Rotary. Town directories were the pre-marketing-database equivalent of a marketing database. To be fair they also listed businesses, and (probably) their owners. I suspect they were maintained by the Chamber of Commerce, city newspaper, or some other, similar quasi-governmental organization. They were printed in smaller quantities and less frequently than phone books, and held in CoC offices and libraries. They were public, but not publicly distributed.

I imagine there was something grown-up about being listed in your town directory. Only people (mostly men) with stable jobs and addresses would be listed there. If you found your name in the town directory, that meant you were a bona-fide Member of the Community. Speaking as a man with a stable job and a permanent address, I would find something reassuring about such a listing. “The community knows I’m here. I matter.” Conversely: it would serve to temper potentially bad behavior. I’d be a lot less likely to pick fights in bars if everyone knew where I lived and who signed my paychecks.

I suspect credit scores have largely replaced town directories and church registries as a signifier of your social stability. You can’t rent an apartment or get many kinds of jobs without a credit history (and forget trying to buy a car or house.) A century-plus ago your worth as a person was measured by birth/adulthood/marriage/death, and recorded by the church. A few years later the local merchants wanted to make sure you were a reliable member of the social order. Nowadays it’s the credit card companies.

The Internet, for the past twentyish years, has allowed a strange new kind of personality to emerge: the anonymous citizen. I have no idea who CmdrTaco really is, but I know he(?)’s a heavyweight on Slashdot (or was when I used to hang out there anyway). Despite his(?) amorphous personhood, CmdrTaco is bona-fide Member of the Slashdot Community. Early netizens took for granted that, on the Internet, no one knows you’re a dog. This was radically liberating, and like other forms of radical liberation (see also: “The Sixties”) encourages a lot of bad behavior. Trolling, especially.

There’s a lot of chatter lately about Facebook and Mark Zuckerberg’s notion of “radical transparency,” which he describes approximately thus:

Zuckerberg — a second-generation netizen — knows what he’s at here. Speaking as a first-generation Netizen this kind of terrifies me. But as a grownup person with kids and a mortgage I’m kind of glad to see people posting comments on forums with their real names and links to their blogs or Twitter streams. “I am a real person. You know I am here. My blog and Twitter stream indicate that I matter” If we’re all listed in the Internet’s Town Directory, we’re a lot less likely to pick fights in the Internet’s bars.

I just wish wish wish anyone but Facebook were doing this.

Two things are slowly driving me personally off Facebook:

Like any narcissist I’m a chronic over-sharer, this blog is proof. But when I realized I was inadvertently exposing marketing data on Jenny — who is not a narcissist, and not an over-sharer — that pretty much did me in.

Facebook isn’t a publication platform (aka “the web”) on which I’ve been hollering about myself for 15 years. It isn’t Flickr or Blogspot; it’s not about our content, it’s about our relationships. We’re not publishing memoirs on Facebook, we’re voluntarily providing free marketing data to the new town directory. I personally think the Internets needs a town directory — this is our new town square, and we should all stand behind the things we holler here with our real names. The actual reality of real communities — not Slashdot, sorry — is that words have consequences.. But like I said, I wish anyone but Facebook were publishing it.

Before 11/8/2016, Twitter was the place I went to escape daily life. Never for long stretches, but in small doses several times an hour, all...

My father in Baghdad

I had a dream last night in which my father appeared. Dead people often appear in my dreams, most commonly for a year or two...

So for three weeks now I’ve mostly been off social media. Originally this was to focus more on work while I am in the office....